The Vikings Are Coming!

As part of my work as the cast Dialogue Coach I have been involved in constructing our ‘Viking’ accent and helping the Actors fine tune their Old Norse and Anglo Saxon sounds! I’ve also had a sneak preview of some of the episodes, and wow it is stunning. Great cast, great story, action packed and looks amazing. 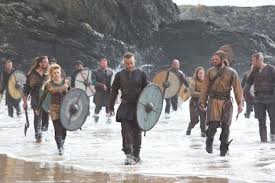 I’m so proud to be part of such a fantastic crew. Shot 100% in Ireland, with a budget in excess of €20 million, it’s a much needed boost to the economy and the Irish film industry.

For a look at the first teaser trailer released only last week – click here.