Like many of their generation, my parents subscribed to the monthly publication ‘Reader’s Digest’. In the 1960’s it sold 24 million copies each month and was available in over 13 languages. Full of articles, short stories, humorous anecdotes, word teasers, cartoons, advice and insights on every imaginable topic and advertising from around the world – it was a vital literary connection to what was happening on our planet.

When my brothers and I visit my parent’s home – it’s a great source of entertainment to look back on the hundreds of back issues, and marvel at prices of cars, historical events as they were written about at the time, and even how smoking was advertised as a healthy habit! 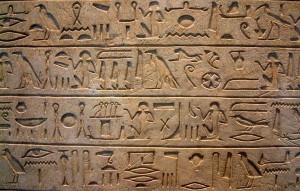 Recently, in the March 1964 edition, we discovered an article about achieving and maintaining a healthy, strong and versatile voice. I was delighted to read that much of the advice is mostly still appropriate and relevant today. Why wouldn’t it be? They had bodies, brains and voices like us, and vocal communication was as important, if not more, than it is now. What really caught my eye in the article was a quotation found in an Egyptian tomb from 3,000 years ago which said “Make thyself a craftsman in speech for thereby thou shalt gain the upper hand”.

Wow! When we read in recent research from Harvard Business School that the number one attribute that will lead you to the top of any profession, is the ability to speak passionately, persuasively and professionally, especially in public – it’s clear that the public speaking wisdom available for hundreds and thousands of years, is impressively still valid today.

So I decided to go searching for some other not so well known gems from the far and recent past that give us timely advice for today. Here’s a few that will be relevant for as long as we value speech to fulfil our lives:

Words are the voice of the heart.

All speech is vain and empty unless it be accompanied by action.
Demosthenes (384 BC – 322 BC)

Let thy speech be better than silence, or be silent.
Dionysius Of Halicarnassus (c 60 BC– c 4 BC)

There are always three speeches for every one you actually gave. The one you practiced, the one you gave, and the one you wish you gave.”
Dale Carnegie (1888 – 1955)

Do You Want To Use This Article In Your Newsletter Or Website?

You can, as long as you include the entire article, the copyright, the links and the complete text below with it:

Poll Moussoulides publishes his ‘SPEAK’ newsletter for trainers, consultants, coaches, teachers, corporate sales teams, small business owners … and all people who would like get to results whenever they speak. The newsletter is free and contains interviews, articles, exclusive discounts and priority information on courses and events. To join the global newsletter community of thousands, or to find out more, go to www.voicematters.com