Boost Your Family’s Brain Power When Studying For Exams

In 2001, I was the Voice Coach on a film adaptation of Marion Keyes’ book ‘Watermelon’ with Anna Friel and Brenda Fricker in lead roles. After a coaching session Anna and I were having lunch in a nearby restaurant and I was quizzing her about her amazing ability to learn and retain lines.

As we were talking I noticed an impeccably dressed man in his early 60s very subtly trying to tune into our conversation from a few tables away. After five minutes or so he precisely patted his mouth with his napkin, stood up and walked towards us. He said, “excuse me but I couldn’t help overhearing your discussion and it was fascinating. My name is Tony Buzan, can I join you?” After a

few pleasantries he invited us to his suite in the Shelbourne Hotel where we chatted and exchanged techniques. Although he has written dozens of books, I was particularly interested in Buzan’s brain friendly learning for children, and how he uses pictures instead of words to stimulate and engage students in the classroom.

Before we left Tony asked me if I wanted to see his diary. I hesitated as it seemed an odd question and a bit intrusive, but he insisted. What he revealed were pages of beautifully ornate hand drawn hieroglyphics. My eye gazed at a plane taking off heading towards a steaming hot slice of hot apple pie. “Ah” he said, “tomorrow I am going to see my Mother and her baking is legendary” and with a wink he continued, “Pictures help us all to remember. I haven’t forgotten or missed an appointment in years!”

Theatre, TV & Film professionals have known for years that creating memorable pictures results in making stories more memorable, but I had never really thought about using this technique to help my brain retain information longer. So powerful was this meeting that I began a journey that has taken me from Neuro Linguistics to Emotional Intelligence and the Psychology of Persuasion to enhance the methods I use when working with my clients who have to speak for a living.

There can be many stressful times for families and without doubt looming exams can bring out the worst in us. Our soon-to-be-tested Leaving Cert and Junior Cert darlings can turn the atmosphere very dark by either allowing nerves to get to them, or by seemingly not caring enough to revise. Whichever way your child chooses to ‘prepare’, research from Neuroscience tells us there are dozens of ways to reduce stress, avoid friction and boost your brain power.

As a Voice and Communications Coach, I have travelled the globe helping Actors, TV Presenters, Senior Executives, Sales Teams, Teachers and Athletes to perform better and get results whenever they speak. Although in the first instance I am hired to help people become more effective Leaders and Communicators in their jobs, almost without exception clients immediately see the benefits of how the techniques and skills can be applied directly into their family lives. Because the core of my work helps people to become comfortable in their body, clear in their thinking and persuasive in their words, it no longer comes as a surprise when most want to share the information with their loved ones at home.

A few years ago, I was invited to join the team of guest speakers at the top ranked IMD business school in Lausanne, Switzerland. My classroom consists of 50-70 very senior executives from all over the world. If I was in any doubt before, I soon became certain that no matter how successful and impressive you are in corporate life, many have insecurities and fears around communicating memorable messages. The need to think, move and speak with ease and eloquence is clearly universal for all humans. It permeates the very core of how we perceive ourselves and how we choose to engage with others. 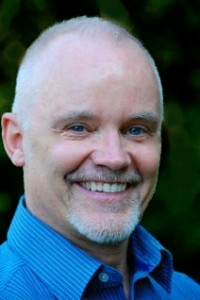 The highlight of my visits to IMD was meeting another guest speaker, Canadian brain learning specialist Terry Small. The minute you see Terry you want to smile. You almost instinctively know from the way he joyfully scans the room that he’s excited to be revealing information that will genuinely improve people lives. As a life long learner and Teacher, Terry’s encyclopaedic knowledge about the brain verges on the obsessive. He devours the latest research in neuroscience and simplifies the findings to show others how to learn quicker, better, faster. He has established himself as a world renowned speaker on using the brain’s natural processes to help people live healthier, happier more productive lives.

The first time I heard him speak I had to stop taking notes as the nuggets of amazing facts were coming in such high quantities it was impossible to write amongst all the gasps and laughter from the corporate audience.

“90% of what we know about how the brain processes information has been discovered in the last 2 years”, “The brain sees what is essential, not what is real”, “The brain will naturally resist change to protect us”, “The effects of Alzheimer’s can be avoided if you establish a brain plan for you and your family as early as possible”.

As I got to know Terry better I was thrilled to discover that we both shared a background in helping children and teenagers become more equipped and confident to cope with the ever increasing challenges that life throws up. For over twenty years, tens of thousands of parents and children across his native Canada have heard Terry speak. What makes his approach unique is that families are invited to attend together. Through magic illusions and entertaining interaction, the audience gets an understanding of how some brains process detail differently to others, and how both adult and child can use techniques to engage the other more successfully.

When I founded the Young Gaiety School of Acting in the late 1980s I was determined to remove judgemental elocution and restrictive exams out of teaching drama to young people. Professional Actors don’t do exams; they have repeated experiences of playing physical, mental and word games. They experiment with movement to gain physical confidence, voice to gain clarity and their intellect to create choices that reveal the truth of their characters they play.

Allowing children to raise their self esteem through confidence and creativity is a fun and natural way to encourage courage and expression. Large global organisations spend hundreds of thousands to invigorate and enthuse their staff to generate more productive ways of thinking. Stimulating brain, body and voice is at the core of every high level leadership development programme.

Over the years I’ve worked with hundreds of Presenters and news Journalists. ‘Aren’t these people naturally eloquent, confident and wonderfully shiny?’ I hear you ask. Well, like their corporate counterparts they are very aware that honest feedback and coaching is essential now and then. Would Usain Bolt, Rafa Nadal and Rory McIlroy have reached number one status without a coach to focus and improve performances? It’s useful for all of us to get a dose of reality from someone on the outside.

Roughly ten years before I met Terry, I was asked by a TV Production company to help a young Clinical Psychologist prepare for his TV Presenting debut. Since then, I have joined the rest of the country in admiring how David Coleman has expertly weaved his way through RTE’s ‘Families In Trouble’, ‘Teens In The Wild’, ‘21st Century Child’ and most recently the very powerful ‘Bullyproof’. David has a brilliant ability to empathise with both parent and child and help them see the other’s point of view to break destructive or negative patterns of behaviour. He has a remarkable ability to show you the truth you probably don’t want to hear and teach you how to successfully re-engage with those around you and repair strained relationships. These are techniques that every family should know about and, like Terry Small, David makes you aware of the warning signs and offers guidance to make appropriate changes to improve your relationships.

We only get one brain, one body and one voice to last a lifetime. Making them work together can work wonders for exam preparation and the many other challenges that we all face throughout our lives.

On Saturday 9th February, David Coleman, Terry Small and Poll Moussoulides will be speaking at a seminar in Dublin’s Temple Bar entitled ‘The Smart Savvy Family’. We are inviting parents and their children (over 11yrs), Teachers and Youth Leaders to join us and learn how Neuroscience, Psychology and Performance techniques can dramatically enhance the way you and your child learn and engage together.

For more information or to book tickets: http://voicematters.com/courses/smart-savvy-family/